Today was my day off so obviously I was lying around on the couch in shorts and my All Star Animal Trapping tank top. I got a call from base camp asking if I wanted to go save a man from a savage cat since all the other trappers had full schedules. Yep. I sure do.

I thought about changing clothes but I’ve caught a lot of savage cats without incident. I wear welding gloves and keep them away from my body so I wasn’t worried. 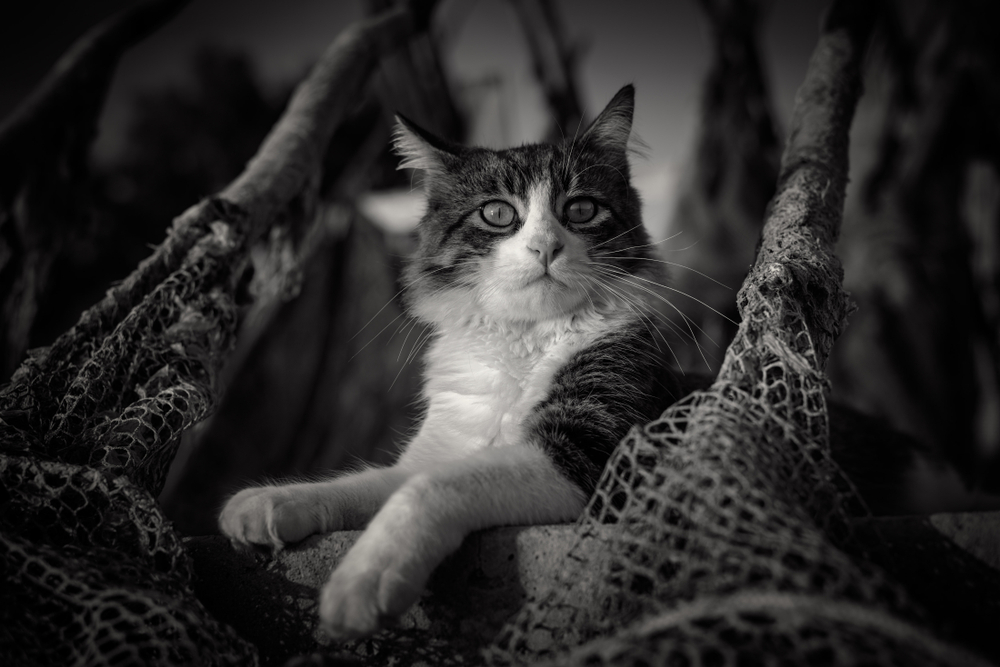 The situation was a man saw a black cat outside that he thought was his neighbor’s missing cat. He was able to pick it up so he took it inside his apartment until his neighbor got home.

After a few short minutes this cat started going bananas. It attacked him so he locked it in the bathroom. It was a pretty serious wound. He told me that after I got the cat, he was going to the ER because he thought he needed stitches.

While he was waiting for me to get there, he received a call from the neighbor that his cat was found already. That means this guy had taken a random stray cat into his apartment.

I went into the bathroom and that cat was extremely hostile. I said out loud that I should’ve worn pants. The guy heard me and said I could wear his. So I put on his jeans and a heavy coat.

So I went back in there heavily clothed. I’ve seen savage cats jump pretty high and this one scared me. I was honestly afraid it was going to go for my face. I embraced my inner chicken and took the easy way out. I turned the plastic tote I had brought upside and set it over him and slid the lid underneath. Then it was safely (for both  the cat and I) contained and ready to be transported.