Rodents are mammals of the order Rodentia, which are characterized by a single pair of continuously growing incisors in each of the upper and lower jaws.

Well-known rodents include mice, rats, squirrels, prairie dogs, porcupines, beavers, guinea pigs, hamsters, gerbils and capybaras. Other animals such as rabbits, hares, and pikas, whose incisors also grow continually, were once included with them, but are now considered to be in a separate order, the Lagomorpha. 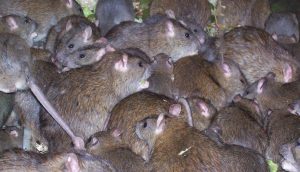 Rats have been a nuisance for centuries. They rapidly multiply and they can transmit an array of illnesses.

They are messy and they can soon consume a large amount of your food supply and contaminate it.

Rats are typically distinguished from mice by their size.

Tough there is many different types of rats, there are two that concern us: The Black Rat and The Brown Rat. 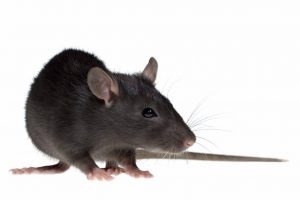 Roof rats prefer to nest in locations off of the ground and rarely dig burrows for living quarters if off-the-ground sites exist.

The black rat (Rattus rattus), also known as the ship rat, roof rat, house rat, is a common long-tailed rodent that originated in tropical Asia and spread through the Near East in Roman times before reaching Europe by the 1st century and spreading with Europeans across the world. Black rats are omnivores and they are serious pests to farmers as they eat a wide range of agricultural crops. 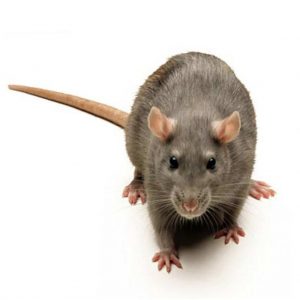 In captivity, albino versions of the brown rat have been used in laboratories for research, and various color varieties have been bred as pets. The brown rat, also referred to as common rat, street rat, sewer rat, Hanover rat, Norway rat, Norwegian rat, or wharf rat (Rattus norvegicus) is one of the best known and most common rats. it is a brown or grey rodent with a body up to 25 cm (10 in) long, and a similar tail length; the male weighs on average 350 g (12 oz) and the female 250 g (9 oz).

Thought to have originated in northern China, this rodent has now spread to all continents except Antarctica, and is the dominant rat in Europe and much of North America—making it by at least this particular definition the most successful mammal on the planet alongside humans. 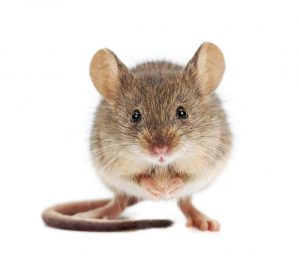 A mouse (plural: mice) is a small rodent characteristically having a pointed snout, small rounded ears, a body-length scaly tail and a high breeding rate. The best known mouse species is the common house mouse (Mus musculus). It is also a popular pet. In some places, certain kinds of field mice are locally common. They are known to invade homes for food and shelter.

Domestic mice sold as pets often differ substantially in size from the common house mouse. This is attributable both to breeding and to different conditions in the wild. The most well known strain, the white lab mouse, has more uniform traits that are appropriate to its use in research.

The American white-footed mouse (Peromyscus leucopus) and the deer mouse (Peromyscus maniculatus), as well as other common species of mouse-like rodents around the world, also sometimes live in houses. These, however, are in other genera.

Hamsters are rodents belonging to the subfamily Cricetinae. 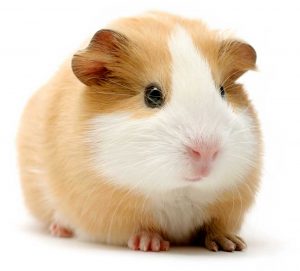 Hamsters are typically stout-bodied, with tails shorter than body length, and have small, furry ears, short, stocky legs, and wide feet. They have thick, silky fur, which can be long or short, colored black, grey, honey, white, brown, yellow, red, or a mix, depending on the species. They have become established as popular small house pets and, partly because they are easy to breed in captivity, hamsters are often used as laboratory animals.

In the wild, hamsters remain underground during the day to avoid being caught by predators. They feed primarily on seeds, fruits, and vegetation, and will occasionally eat burrowing insects. They have elongated cheek pouches extending to their shoulders in which they carry food back to their burrows. 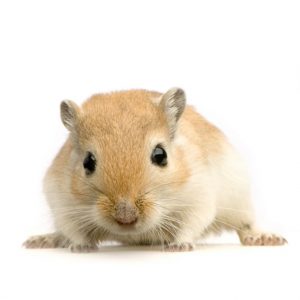 A gerbil is a small mammal of the order Rodentia. Once known simply as “desert rats”, the gerbil subfamily includes about 110 species of African, Indian, and Asian rodents, including sand rats and jirds, all of which are adapted to arid habitats. Gerbils are typically between six and twelve inches (150 and 300 mm) long, including the tail, which makes up about one-half of their total length. One species, the great gerbil, or Rhombomys opimus, originally native to Turkmenistan, can grow to more than 16 inches (410 mm). The average adult gerbil weighs about 2.5 ounces (71 g). 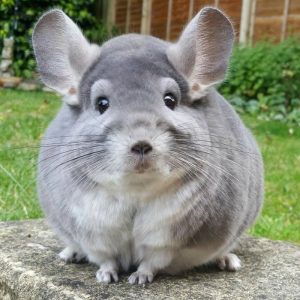 Chinchillas are rodents, slightly larger and more robust than ground squirrels. They are native to the Andes mountains in South America and live in colonies called “herds” at high elevations up to 4,270 m (14,000 ft). Historically, chinchillas lived in an area that included parts of Bolivia, Peru, Argentina, and Chile, but today colonies in the wild are known only in Chile. Along with their relatives, viscachas, they make up the family Chinchillidae.

The chinchilla (whose name literally means “clay”) has the second-densest fur of any land mammal, exceeded only by the sea otter and is named after the Chincha people of the Andes, who once wore its dense, velvet-like fur. By the end of the 19th century, chinchillas had become quite rare due to hunting for their ultra-soft fur. Most chinchillas currently used by the fur industry for clothing and other accessories are farm-raised. 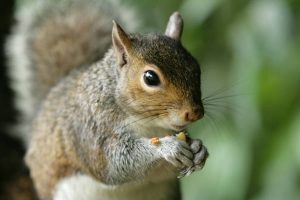 Squirrels are generally small animals, ranging in size from the African pygmy squirrel at 7–10 cm (2.8–3.9 in) in length and just 10 g (0.35 oz) in weight, to the Laotian giant flying squirrel at 1.08 m (3 ft 7 in) in length and the Alpine marmot, which weighs from 5 to 8 kg (11 to 18 lb). Squirrels typically have slender bodies with bushy tails and large eyes. In general, their fur is soft and silky, although much thicker in some species than others. The color of squirrels is highly variable between—and often even within—species.

In general, the hind limbs are longer than the fore limbs, and they have four or five toes on each paw. Their paws include an often poorly developed thumb, and have soft pads on the undersides. Unlike most mammals, Tree squirrels can descend a tree head-first. They do so by rotating their ankles 180 degrees so the hind paws are backward-pointing and can grip the tree bark. Squirrels live in almost every habitat from tropical rainforest to semiarid desert, avoiding only the high polar regions and the driest of deserts. They are predominantly herbivorous, subsisting on seeds and nuts, but many will eat insects and even small vertebrates. 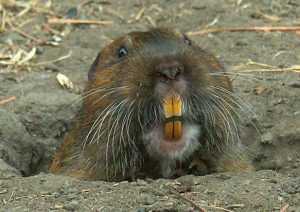 Pocket gophers, commonly referred to as gophers, are burrowing rodents of the family Geomyidae. About 35 species of gophers live in Central and North America. They are commonly known for their extensive tunneling activities. Gophers weigh around 0.5 lb (230 g), and are about 6–8 in (150–200 mm) in body length, with a tail 1–2 in (25–51 mm) long. A few species reach weights approaching 1 kg (2.2 lb). Within any species, the males are larger than the females and can be nearly double their weight.

Their lifespans are normally one to three years assuming no diseases or predation. The maximum lifespan for the pocket gopher is about five years. 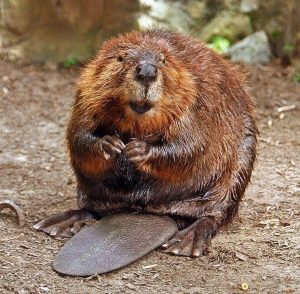 It has a large, flat, paddle-shaped tail and large, webbed hind feet. The unwebbed front paws are smaller, with claws. The eyes are covered by a nictitating membrane which allows the beaver to see under water. The nostrils and ears are sealed while submerged. A thick layer of fat under its skin insulates the beaver from its coldwater environment.

The beaver’s fur consists of long, coarse outer hairs and short, fine inner hairs (see Double coat). The fur has a range of colors, but usually is dark brown. Scent glands near the genitals secrete an oily substance known as castoreum, which the beaver uses to waterproof its fur.